Alright, I’m going to get on the soapbox for a second. This is about #PlannedParenthood. 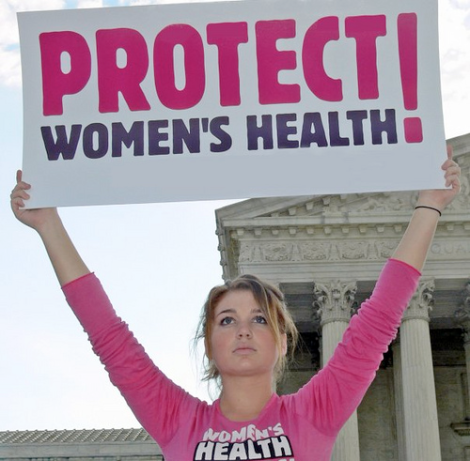 Some of you out there may not be aware that House Republicans are threatening (for the umpteenth time in recent memory) to shut down the government. And the reason is Planned Parenthood. They’re accusing the organization of using government funds to pay for abortions – which is illegal under federal law. The Republicans are so dead-set against funding PP that they have actually pushed the REPUBLICAN SPEAKER OF THE HOUSE, John Boehner, to resign. Yeah, Boehner’s gone in October. Why? My guess is he’s as tired of this shit as anyone.

But that’s not even what’s important here. What’s important is that, regardless of where you stand on the issue of abortion, or Planned Parenthood, this organization is one that cleaves to the very heart of what a free Republic is SUPPOSED to be. It’s a place where women can go that is without judgement, where they can be educated about their bodies, where they can be treated for STIs and the other nasty things that can befall a person when they can’t rely on the system to teach them about safe sex. Planned Parenthood is like a lighthouse at the end of the long, stinking bog that prevented enlightened healthcare from reaching the masses. There are thousands of years between throwing a woman into a hut while she menstruated (because it was a sign of unclean spirits) and a clean waiting room with a few copies of Wired and Glamour to ignore.

Again, even discounting the fact that PP provides safe, clean abortions (which is a small part of what the org does), thereby allowing women to control their own lives for literally the first time in, again, THOUSANDS OF YEARS OF HISTORY, what cannot be argued is that this organization represents in a very real way how much we respect and care about our nation’s women. There are places on this planet that do horrific things to their women: genital mutilation, sexual slavery, forced marriages, the list goes on. But even the mildest of these sins is still the most egregious: Treating women as though they are somehow lesser humans.

I don’t care what your religion is or how pro-life your argument may be – Planned Parenthood is absolutely pro-life. It is an institution that protects and preserves the health of so many, and it is constantly under attack from the right because they know that as long as they hammer at it they’ve got your attention and your votes. The economy of our country is rapidly falling apart and the corruption in our politics is so obvious Ray Charles could see it – and he’s dead – but those issues don’t matter because all conservatives have to do is yell ‘dead babies’ and no one cares that real wages haven’t grown in decades and the middle class is shrinking and all the people who would have had time to think about sex and health are breaking their backs to make a buck and having questionable relations with whoever doesn’t hurt them too much.

I feel about Planned Parenthood the same way I feel about education. When I was a kid, every adult and teacher told me I had to get a good education so I could go to college and be a better human being. When I got to college and started paying attention to politics, I noticed that whenever conservatives want to tear someone down, they talk about how educated and ‘intellectual’ their enemies are. It’s the same thing with PP. All my life I thought the measure of a healthy, right-thinking society was providing quality healthcare and honest education in a place of objective safety. But apparently there are still people in this country who would rather pull us three steps back than take us to the future.

Planned Parenthood exists because some people, several years ago, thought the future meant progress. This is not a fight we should be having anymore. This is something we decided a long time ago was good for our country, good for our women, and good for our collective soul. This thing that’s happening now breaks my fucking heart. The GOP are a herd of atavistic fools.

Off the soapbox now. #IStandWithPlannedParenthood