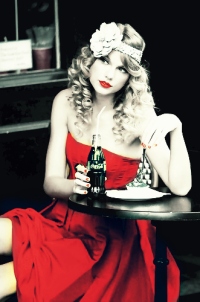 People ask me sometimes why I can’t get into #TSwift. I can sum it up with a simple examination of the singer’s hit 2012 single, “22,” which appeared on her fourth studio album, Red. Wikipedia says the lyrics “describe the joys of being 22 years old.”
When Taylor Swift was 22, Forbes estimated her net worth was $53 million. The year after that, she bought a waterfront mansion in Rhode Island for $17 million in cash. And there’s also the fact that, ahem, Ms. Swift grew up on an 11-acre Christmas tree farm in Pennsylvania, went to private school and was the first signed artist on her father’s Big Machine Records label.
I do not think my version of 22 and Taylor’s version of 22 were quite the same. When I was 22, I was jobless, in debt, and living in the bad part of Los Angeles. Catchy song, though…